The country’s foreign currency debt grew at an accelerating rate in the last three years while the growth in lira debt slowed over the same period, according to the Ministry of Finance’s ‘Debt and Debt Markets’ report for the fourth quarter of 2018. 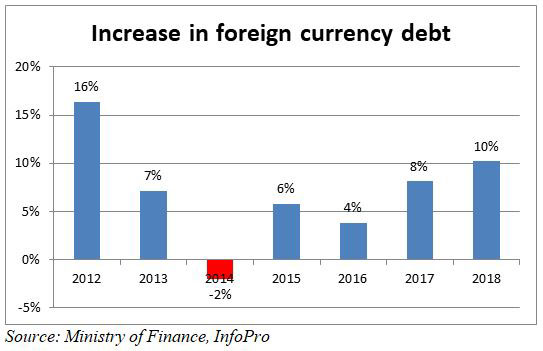 Nearly 92 percent of the foreign currency debt consists of Eurobonds, which stood at $31 billion at the end of 2018.

Outstanding public debt denominated in lira increased eight percent in 2016, then plateaued at five percent the two following years. It stood at $51.6 billion at the end of 2018. 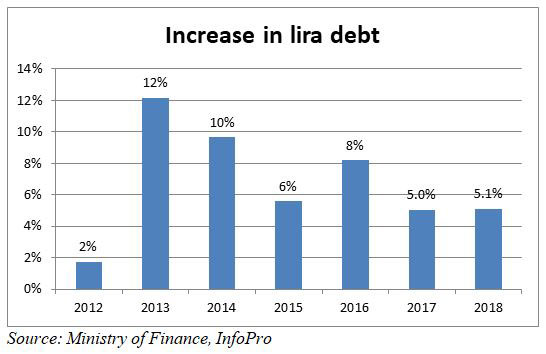 The rise in foreign currency debt in 2018 mainly resulted from the fact that the Central Bank (BDL) was actively subscribing to Lebanese Eurobond issues last year, said Marwan Mikhael, Head of Research at Blominvest Bank. BDL was then selling the Eurobonds to the banks in order to boost its foreign currency reserves. It is also likely that the government was increasing its borrowing in dollars because in this manner it reduces the debt service as the interest rates on the lira increased significantly at higher pace than the interest rates on foreign currencies, he said.

Debt in the national currency may grow again if the country’s risk profile improves and interest rates on the lira drop, Mikhael said.