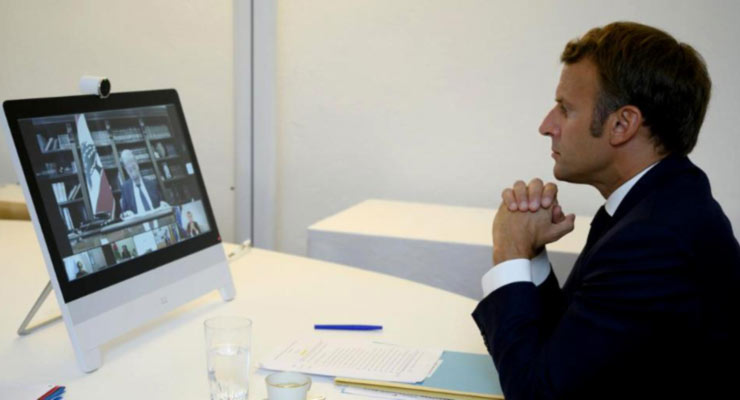 The international response will be coordinated by the United Nations.

The “assistance should be timely, sufficient and consistent with the needs of the Lebanese people … and directly delivered to the Lebanese population, with utmost efficiency and transparency,” stated the final communiqué of the conference.

The conference, attended by 36 countries and international organizations, was hosted by France. It was chaired by President Emmanuel Macron and attended by US President Donald Trump.

Trump said that the United States was ready to continue providing aid to help the Lebanese. “The President called for calm in Lebanon and acknowledged the legitimate calls of peaceful protesters for transparency, reform and accountability,” a White House statement said.

These commitments will not be conditional on political or institutional reform, Macron’s office said. There were also pledges made for longer-term support that will depend on changes brought in by the authorities, the Elysée Palace said.

World powers promised not to fail the Lebanese people as Beirut recovers. “Our role is to be by their side,” Macron said. He urged participating nations to put aside their differences and support the Lebanese people. Countries demanded transparency over how the aid is used, wary of writing blank checks to a government viewed as corrupt. Some are concerned about the influence of Iran through Hezbollah.

The offer of assistance included support for an impartial, credible and independent inquiry into the blast. Up to Sunday’s conference there had been an array of offers of immediate humanitarian support such as rescue teams and medical supplies.

The conference’s communiqué said Lebanon’s partners were ready to support the country’s longer-term economic recovery if leaders commit fully to the changes expected by the Lebanese.