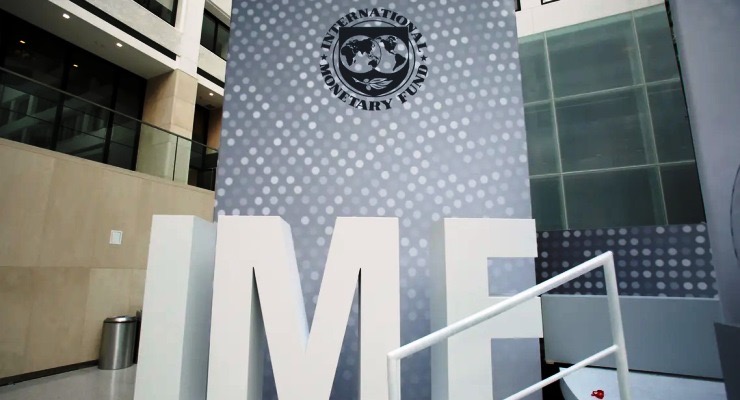 The International Monetary Fund (IMF) has reached a ‘staff-level agreement’ with the government for a four-year ‘Extended Fund Facility’ that would only get full approval from the fund after a series of reforms is enacted.

The IMF said in a statement that the Lebanese government, with IMF staff support, has formulated a comprehensive economic reform program aiming to rebuild the economy, restore financial sustainability, strengthen governance and transparency, remove impediments to job-creating growth, and increase social and reconstruction spending.

“The agreed program is subject to IMF management and the Executive Board approval, and the Lebanese authorities have agreed to undertake several critical reforms ahead of the IMF Board meeting. Financing support on highly concessional terms from Lebanon’s international partners will be essential to support the authorities’ efforts and ensure that the program is adequately financed and can meet its objectives,” read the IMF statement.

The agreement comes at the end of an IMF mission led by Ernesto Ramirez Rigo who visited Beirut from March 28 to April 7 in response to a request by the Lebanese authorities, to discuss the fund’s support to Lebanon.

Ramirez Rigo made the following statement:

“The Lebanese authorities and the IMF team have reached a staff-level agreement on comprehensive economic policies that could be supported by a 46-month Extended Fund Arrangement (EFF) with requested access of SDR2,173.9 million (equivalent to about $3 billion).

This agreement is subject to approval by IMF management and the Executive Board, after the timely implementation of all prior actions and confirmation of international partners’ financial support. The EFF aims to support the authorities’ reform strategy to restore growth and financial sustainability, strengthen governance and transparency, and increase social and reconstruction spending. This will need to be complemented by the restructuring of external public debt that will result in sufficient creditor participation to restore debt sustainability and close financing gaps.

Lebanon is facing an unprecedented crisis, which has led to a dramatic economic contraction and a large increase in poverty, unemployment, and emigration. This crisis is a manifestation of deep and persistent vulnerabilities generated by many years of unsustainable macroeconomic policies fueling large twin deficits (fiscal and external), support for an overvalued exchange rate and an oversized financial sector, combined with severe accountability and transparency problems and lack of structural reforms. These all came to a head in late 2019 with the acceleration of capital outflows that led to the sovereign default in March 2020, followed by a deep recession, a dramatic fall in the value of the Lebanese currency and a triple digit inflation. The crisis has been compounded by the Covid pandemic and the August 2020 port of Beirut explosion, while the war in Ukraine is exacerbating pressures on the current account and inflation and straining further food and fuel supplies. The living conditions of the population, especially the most vulnerable, have deteriorated dramatically, in part due to the lack of resources and a robust social protection network.

The authorities recognize the urgent need to initiate a multi-pronged reform program to tackle these challenges, bring back confidence and put the economy back on a sustainable growth path, with stronger private sector activity and job creation.

In this regard, their plan is based on five key pillars:
• Restructuring the financial sector to restore banks’ viability and their ability to efficiently allocate resources to support the recovery
• Implementing fiscal reforms that coupled with the proposed restructuring of external public debt will ensure debt sustainability and create space to invest in social spending, reconstruction and infrastructure
• Reforming state-owned enterprises, particularly in the energy sector, to provide quality services without draining public resources
• Strengthening governance, anti-corruption, and anti-money laundering/combating the financing of terrorism (AML/CFT) frameworks to enhance transparency and accountability, including by modernizing the central bank legal framework and governance and accountability arrangements
• Establishing a credible and transparent monetary and exchange rate system

Decisive policies and reforms in these areas, together with significant external financing, are necessary to achieve the authorities’ objectives during the coming years.

This includes improving public finances and reducing public debt through revenue-generating and administrative reform measures to ensure a more equal and transparent distribution of the tax burden. The 2022 budget is a first critical step in this direction. It aims to achieve a primary deficit of four percent of GDP supported by a change in imports valuation for custom and tax purposes to be done at a unified exchange rate. This would allow for an increase in allowances to public sector employees to re-start the functioning of the public administration and for an increase in social spending, with the goal of protecting the most vulnerable. The budget deficit will be externally financed, and the practice of the central bank financing will be abolished.

BDL will be guided by the overarching objectives of creating the conditions for disinflation including by moving to a new monetary regime. It will focus on rebuilding its foreign currency reserves and maintaining a single market-determined exchange rate, which will help the functioning of the financial sector, contribute to a better resource allocation in the economy, and allow for the absorption of external shocks. The BDL mandate and its governance structure will be strengthened through the adoption of a wide-ranging reform of the necessary legislation.

Health and viability of the financial sector will need to be restored for the country to be able to lift the existing uncertainty and provide conditions for strong economic growth.

Total recapitalization needs in the banking system are very large, and losses will need to be recognized upfront and allocated, while protecting small depositors. An appropriate strategy has been designed, but its implementation requires a number of legislative changes to support it.

These initial steps will be followed by other reforms. Tax policy and revenue administration reforms will broaden the tax base and strengthen revenue intake. Comprehensive plans for cost-recovery in the energy sector and the introduction of a new state-owned enterprises framework to improve their governance and oversight will help reduce hemorrhage of scarce government resources. The modernization of the public finance management framework, implementation of the recently approved procurement law, the passage of the competition law, a reform of the civil service and pension and retirement schemes will increase transparency and spending efficiency. Fiscal space created by these efforts will be used to improve social protection and equity among the Lebanese population as well as for infrastructure and human capital development.

Frameworks for banking supervision, resolution AML/CFT, as well as deposit insurance and asset declaration regimes will be strengthened, and the National Anti-Corruption Commission will be fully operationalized.

These efforts will be supplemented by reforms already under way or to be discussed with other multilateral and regional financial institutions, bringing in their critical expertise and financing, and assisting the authorities’ efforts to lay the foundations for a stronger and more sustainable economy.

The authorities are cognizant of the challenges they face in implementing this ambitious agenda but have stressed that this reform program is critical to end the current crisis and enjoys the support of the broad political leadership. They expressed their strong commitment to carry out this reform program and sustain decisive implementation during the upcoming parliamentary and Presidential elections. The authorities are also committed to stepping up their efforts to communicate and explain their reform plans to the public.

Finally, the authorities understand the need to initiate the reforms as soon as possible, and have agreed to complete the following measures prior the IMF Board’s consideration:
• Cabinet approval of a bank restructuring strategy that recognizes and addresses upfront the large losses in the sector, while protecting small depositors and limiting recourse to public resources.
• Parliament approval of an appropriate emergency bank resolution legislation which is needed to implement the bank restructuring strategy and kickstart the process of restoring the financial sector to health, which is fundamental to support growth.
• Initiation of an externally assisted bank-by-bank evaluation for the 14 largest banks by signing the terms of references with a reputable international firm.
• Parliament approval of a reformed bank secrecy law to bring it in line with international standards to fight corruption and remove impediments to effective banking sector restructuring and supervision, tax administration, as well as detection and investigation of financial crimes, and asset recovery.
• Completion of the special purpose audit of BDL’s foreign asset position, to start improving the transparency of this key institution.
• Cabinet approval of a medium-term fiscal and debt restructuring strategy, which is needed to restore debt sustainability, instill credibility in economic policies and create fiscal space for additional social and reconstruction spending.
• Parliament approval of the 2022 budget, to start regaining fiscal accountability.
• Unification by BDL of the exchange rates for authorized current account transactions, which is critical for boosting economic activity, restoring credibility and external viability, and will be supported by the implementation of formal capital controls.

The IMF team is grateful to the Lebanese authorities and several civil society and private sector groups for the open and constructive discussions and their hospitality.”

Published by Lebanese Opportunities on April 08, 2022.